ORIGINAL RECORDS AND LOCATING THEM

1808-1825 Jewish births, marriages and deaths were recorded by the Parish Church in Kopciowo.  These records have been microfilmed.
Extractions of the  Jewish records found in these registers  can be found and  downloaded at
http://www.jewishgen.org/JRI-PL/patronym/status.htm , click on town name Kopciowo. Similiarly, the Patronymic records for Veisiejai have also been extracted and can be found at the same place, click on Wiesieje.

Most of these records have been or are in the process of being indexed for inclusion in the JRI database.

The registers for Veisiejai and Lazdijai include records for a number of villages.  I am in the process of constructing a database for those families who lived in Kopcheve and its surrounding hamlets.  I have copies of most of the Russian language records for Kopcheve families from films 1496955 and 1496956.

As part of the PSA project, other years which were not microfilmed are now available on order from the archives via JRI Poland.  If you have obtained records from the archives for your family, perhaps you would consider sending us details/copies.  We will attempt over the next few months to construct a searchable  index of records relating specifically to our Kopcheve families.

LitvakSIG is the primary internet source connecting researchers of Lithuanian-Jewish genealogy worldwide. Its purpose is to discover, present, and preserve information about our ancestors’ lives in Lithuania, and to better understand the lives they led, before the destruction of 95% of Lithuanian Jews in the Shoah.  http://www.jewishgen.org/Litvak

The LitvakSIG Suwalki Gubernia Research Group translates all available records for Suwalki Gubernia, beginning with those that have not been translated by any other group. See details at https://www.litvaksig.org/research/district-research/suwalki-gubernia-research-group

The Suwalk-Lomza Interest Group for Jewish Genealogists    focuses on the former Russian-Polish gubernias (provinces) of Suwalki and Lomza  as constituted in 1866-1914.  They  publish a quarterly Journal called Landsmen, which offers original research and data extractions, chiefly from material pertaining to the 19th century. The journal is not available online.  A description of the contents as well as details of membership appears at http://www.jewishgen.org/SuwalkLomza

Roots to Roots Foundation provides an archive database which is a comprehensive guide to the complete Jewish holdings of the State Archives of Belarus, Lithuania, Moldova, Poland and Ukraine

The Arenda System and the Magnates:

The feudal character of the Polish Lithuanian Commonwealth is very important to an understanding of the lives of our ancestors. The Commonwealth was ruled by a parliament, (Seym)of noble landowners who elected a Lithuanian Grand Duke and a Polish King.  This elected monarchy was in direct competition for power with its own noblemen resulting in a system where vast estates were owned by a small number of powerful Magnates who ruled nearly absolutely, deriving their wealth from the territories they owned.  These magnates had full jurisdiction over the Jews living on their lands.  The interplay of duties owed to the landowner and the rights received would have been crucial to the Jews of an agrarian community such as Kapciamiestis.  Indeed, it is quite clear from the early vital records for the community that most of the Jews were Arendarz, that is leaseholders who had paid for the privileges involved in leasing the rights to earn a livelihood. Whether they actually worked the land they leased is not clear and as yet, we know nothing about the terms of the leases they held.   A few were Innkeepers, probably having purchased the right to distilling and sell alcohol.  There were traders in agricultural goods, particularly lumber.  The grantor of the lease would have been the magnate who was guaranteed an income from the lease and the Arendarz was entitled to settle in the community and earn a living. The magnate provided protection of these rights. Leases were short, 1-3 years duration, and so re-negotiation was a constant pressure.  It was in the Magnates interest to ferment competition for leases, and it was in the best interests of the existing leaseholder to avoid competition.  The Arenda system also involved a third party, directly or indirectly: the Kehilla ( the Jewish Community organisation which controlled the social, moral and business lives of the Jews). The Kahal’s jurisdiction over the Jewish community could complicate matters.  The Kahal would attempt to regulate which Jews might bid for a lease.  Kapciameistis belong to the Veisiejai Kehilla.  Whether disagreements between the Kahal and the local Jewish arendarz or the local magnates occurred here is not known. In addition, the Kahal collected local taxes, in part to pay for the head tax due from the Jewish population and in part to provide for community services.  The village Jews paid for their leases, paid taxes to the landowner and to the Kahal and somehow made a living.  The stresses must have been considerable.

For a more detailed discussion of the Arenda system see: http://www.shtetlinks.jewishgen.org/Kolomea/arenda.htm

As we learn more about our ancestors and we travel further back in time, knowing who the magnates were that owned the lands they lived on may provide further research opportunities.  It may prove possible to find archives records for these Magnates which might include details of the agreements between the Magnate and his Jews.

Ownership of magnate held villages could change and indeed in the period of magnate control of Kapciamiestis we know of 6 changes of ownership but not the exact dates:

The 3 entries above relate to Kopciowo and 2 nearby settlements.

42. David son of Judel, his wife Zlata and 5 children at the  inn  Kopciowo

43. Wolf son of Lejb, his wife Sora at the inn Korewicze

44. Choyna son of Lejb, his wife Chaya and 4 children at the inn Kowale

Korewicze was just outside Kopciowo on the road to Kowale which was about 2 km from Kopciowo.  All three families are living at inns and this suggests they were arendar holding the monopoly on the selling/distilling of liquor.  There is a 25 year gap between this census and the first of the vital records available and so an identification of families from this information is not possible.  However, if records of magnate holdings for the area are located, it may one day prove possible. The census page also confirms that the property belonged to Bishop Massalski in 1784.

According to the Slownik Geographizny, in 1827, there were 30 houses and 176 residents in Kopciowo . The period I am going to look at now predates that.

1808-1825 Jewish births, marriages and deaths were recorded by the Parish Church in Kopciowo.  These records have been microfilmed.   Extractions of the Jewish records found in these registers can be found and downloaded at http://www.jewishgen.org/JRI-PL/patronym/status.htm  click on town name Kopciowo. Similarly, the Patronymic records for Wiesieje have also been extracted and can be found at the same place, click on Wiesiejie

I worked with the Kopciowo records about 18 months ago. Quite a few of these records give only Patronymic information as they date from before the time when surnames became compulsory.  With greater familiarity with records from the Jewish Registers from 1825 onwards, it became possible to assign surnames to some of the records I had extracted.  I would add that I have photocopies of nearly all the Jewish records from the Catholic registers for Kopciowo and that if you can recognise a family link to any of these, I would be pleased to send you a copy. A total of 44 records were found, starting in 1809. There were no Jewish records in the registers for 1808,1814-1819.  Even with such a small number of records, there is much more information here than is at first apparent.

These were parish records and the entries covered not only Kopciowo but also the surrounding villages.  At first, I found this confusing but I decided to extract all the records and fortunately, also recorded the names of those villages.  For anyone who can identify an ancestor, this provides a clue to where they actually lived. As well, many of the records give the occupation of the persons reporting the event, i.e. the father and the witnesses.

Example:  Josiel z Ruwel age 36 of Meciny  (handwriting difficult here) reports the birth of his daughter Gitla in May 1809.  Josiel is married to Rochla z Osiej age 17. One of the witnesses was Rochla’s father Osiej z Josiel aged 60 also of Meciny.  The second witness was Mortchel z Josiel, age 28 also of Meciny.   Josiel and Rfka lived at the inn and therefore, it is likely that he had purchased the lease from the magnate.

Example 2: In July 1809, Hirsz Lejbowicz registered the birth of a daughter Tauba.  Hirsz was aged 30, living in Kopciowo and arenda.  His wife Liba was the daughter of Izack.  His brother, Judel aged 24 and also of Kopciowo was a witness.  The second witness was Jankiel Judkowicz of Michalinsk, an innkeeper aged 41.  Because of the existence of later records for this family, I can identify Hirsz Lejbowicz .  He will adopt the surname Kopczinski and eventually that became Kopciowski.  His daughter Tauba will marry in 1825.

From the patronymic files it is possible to identify the presence of the following family names  between 1809 and 1825: (some of these were witnesses) 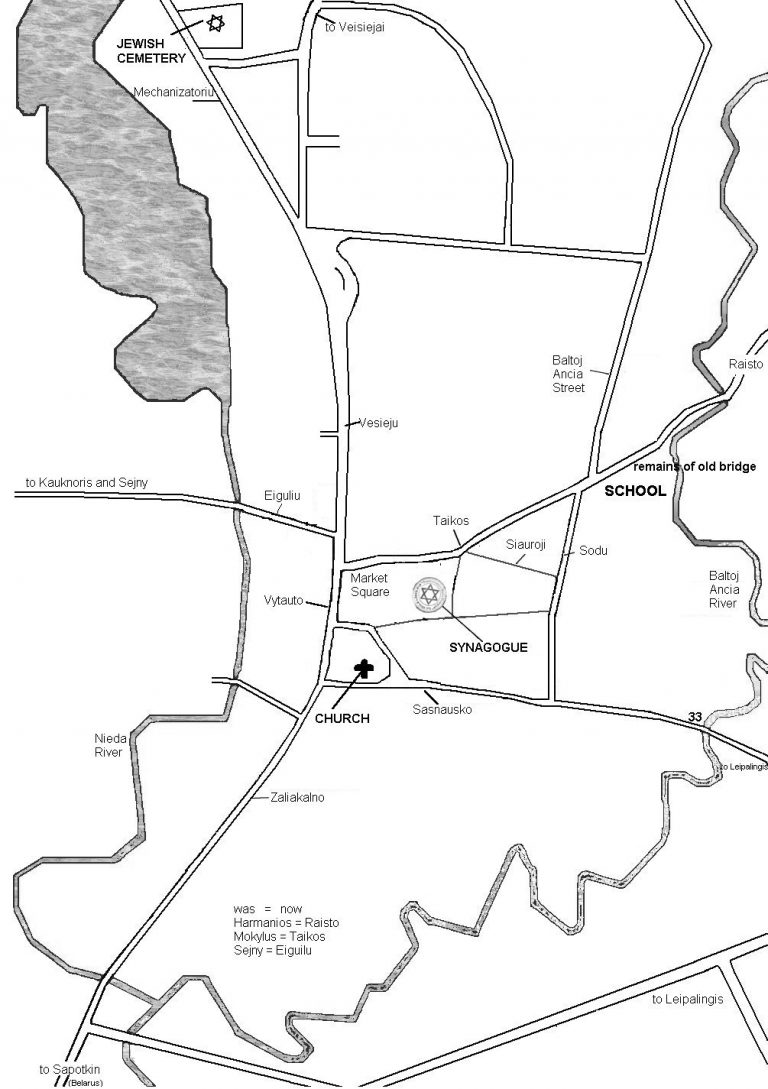 Site by Dig-it
Scroll to top
Skip to content